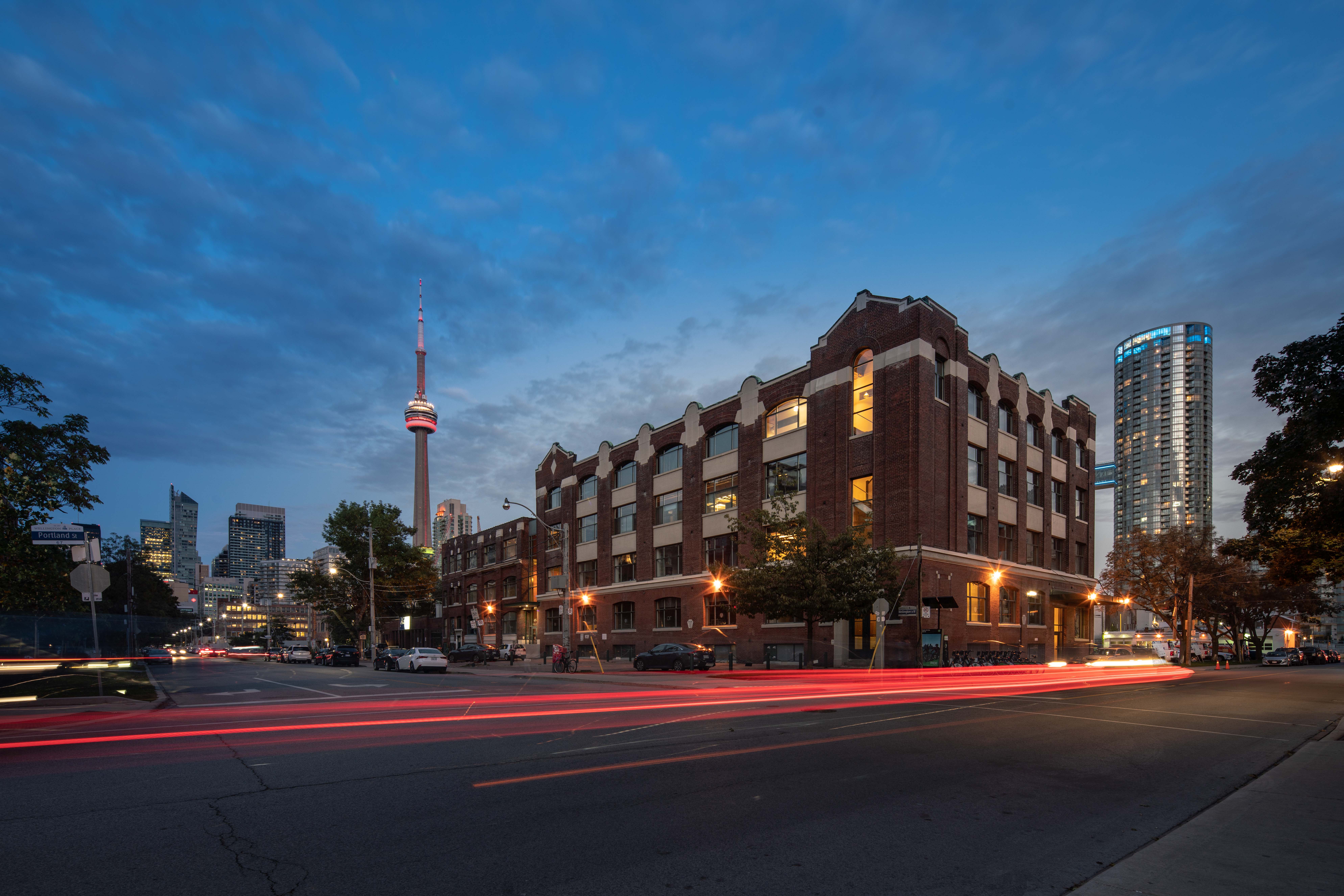 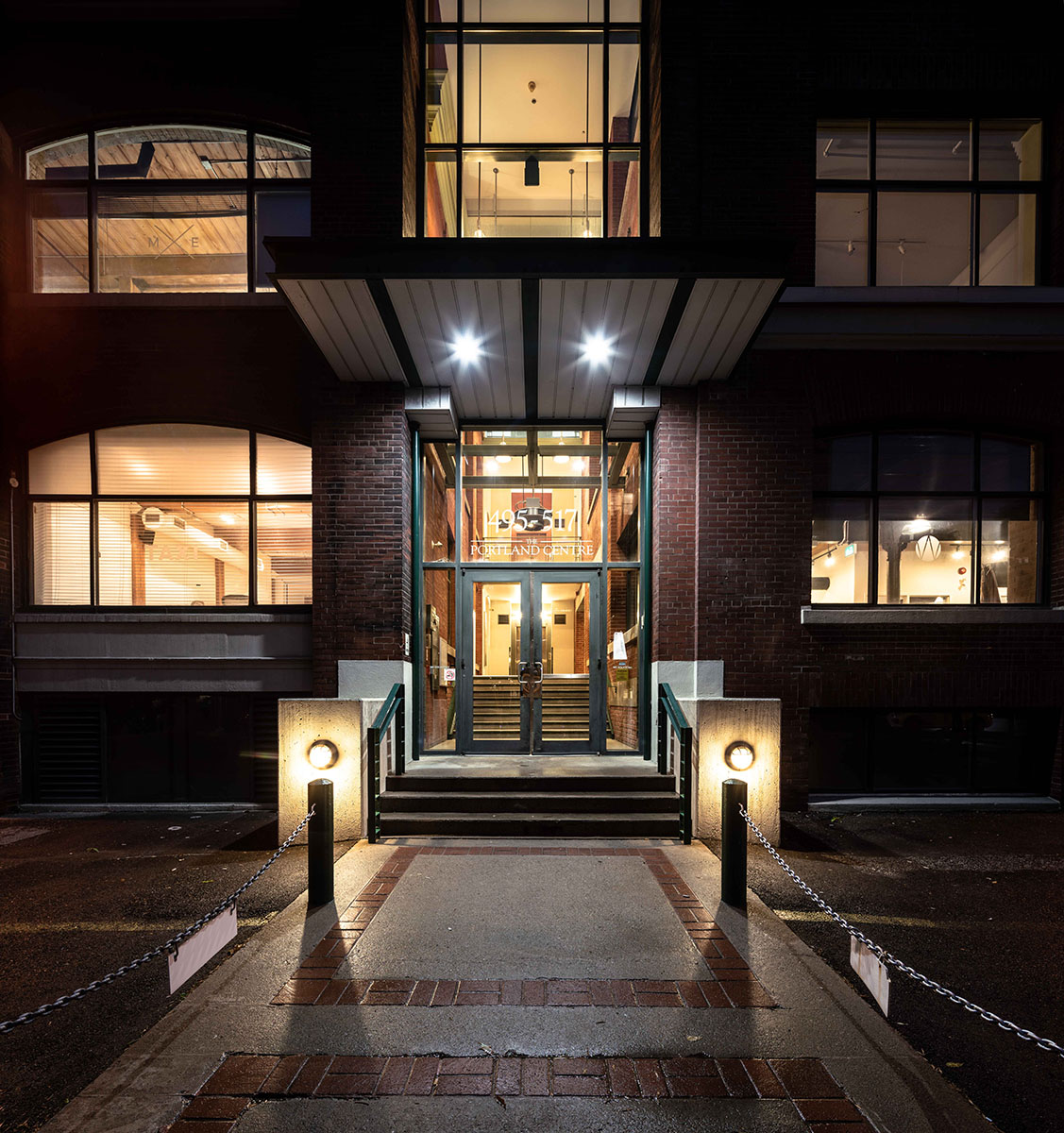 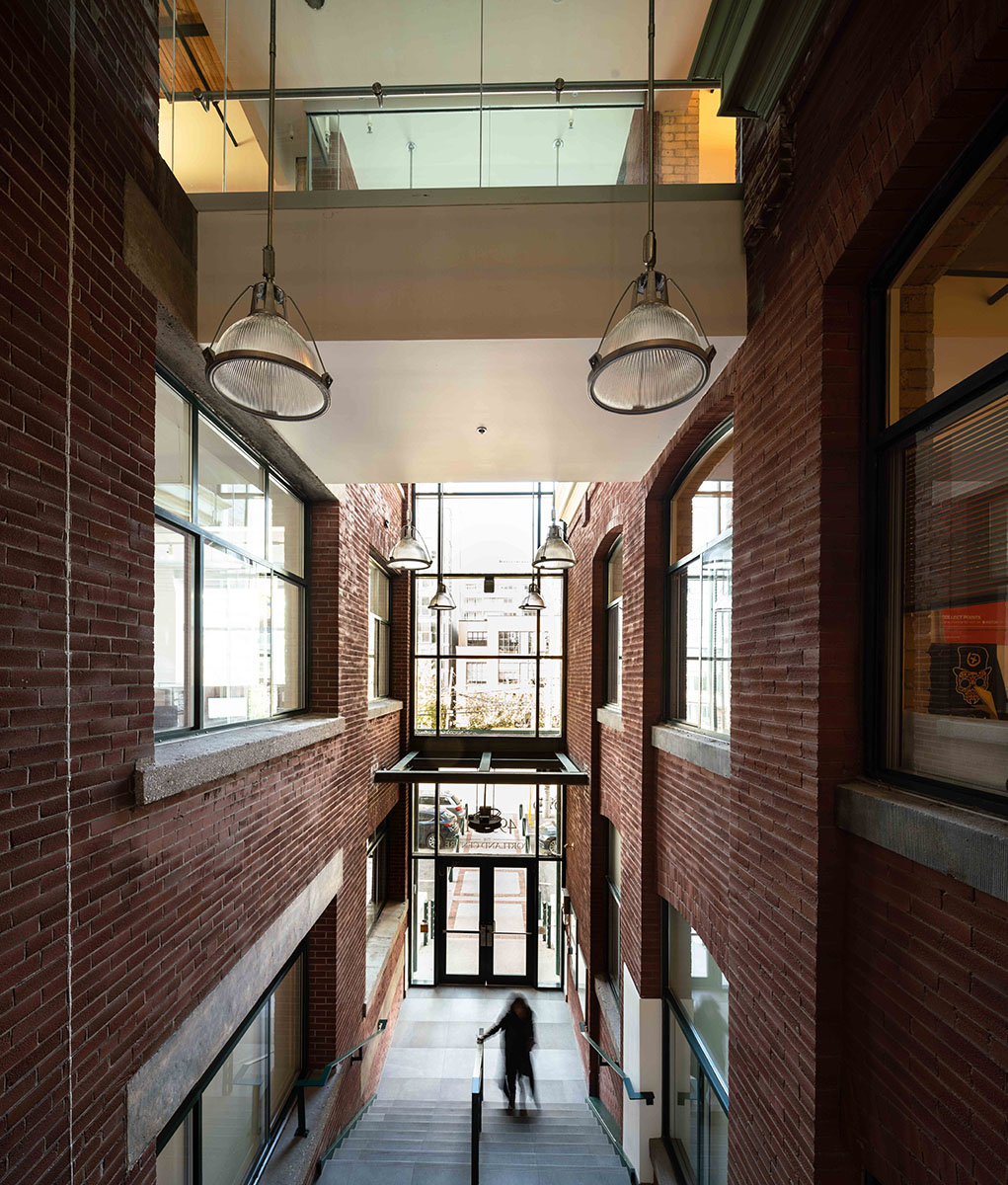 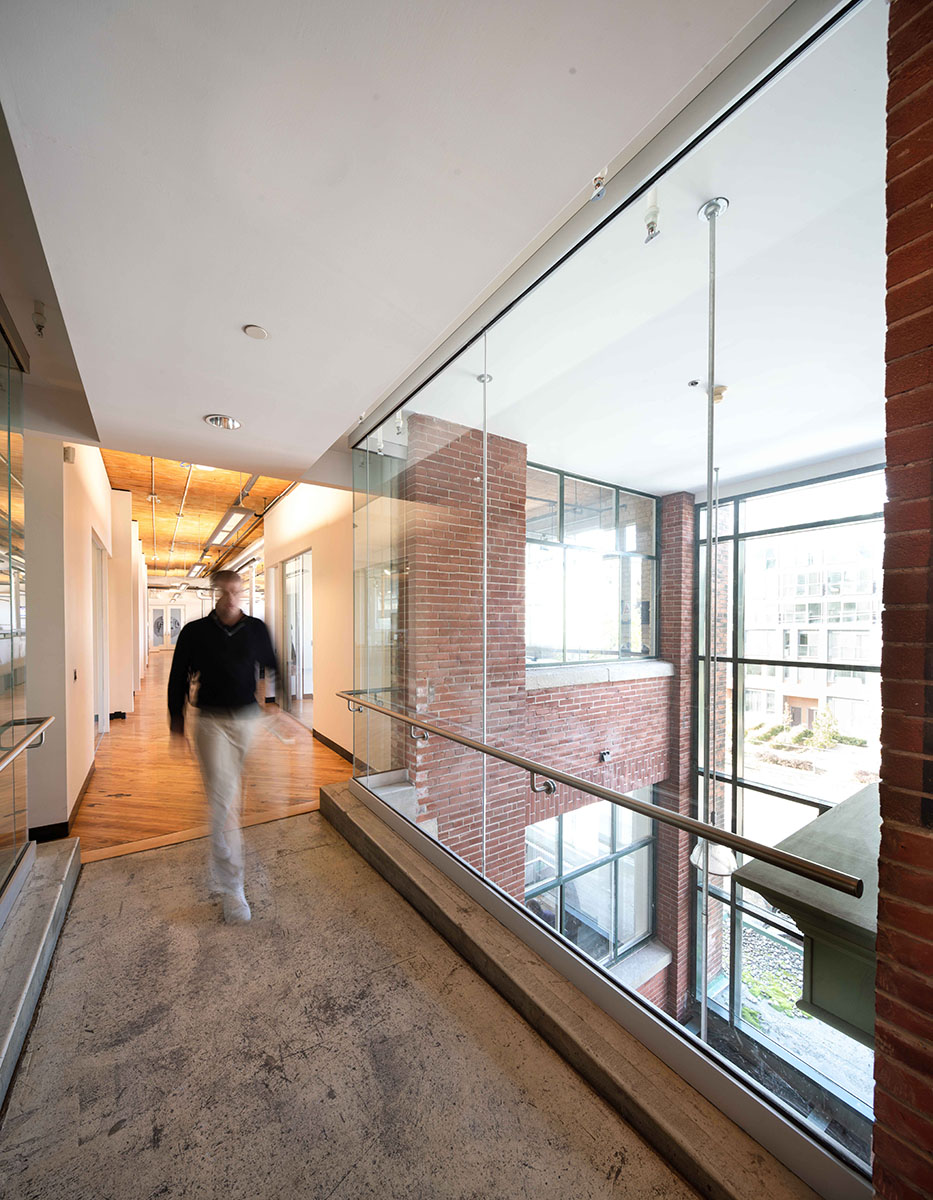 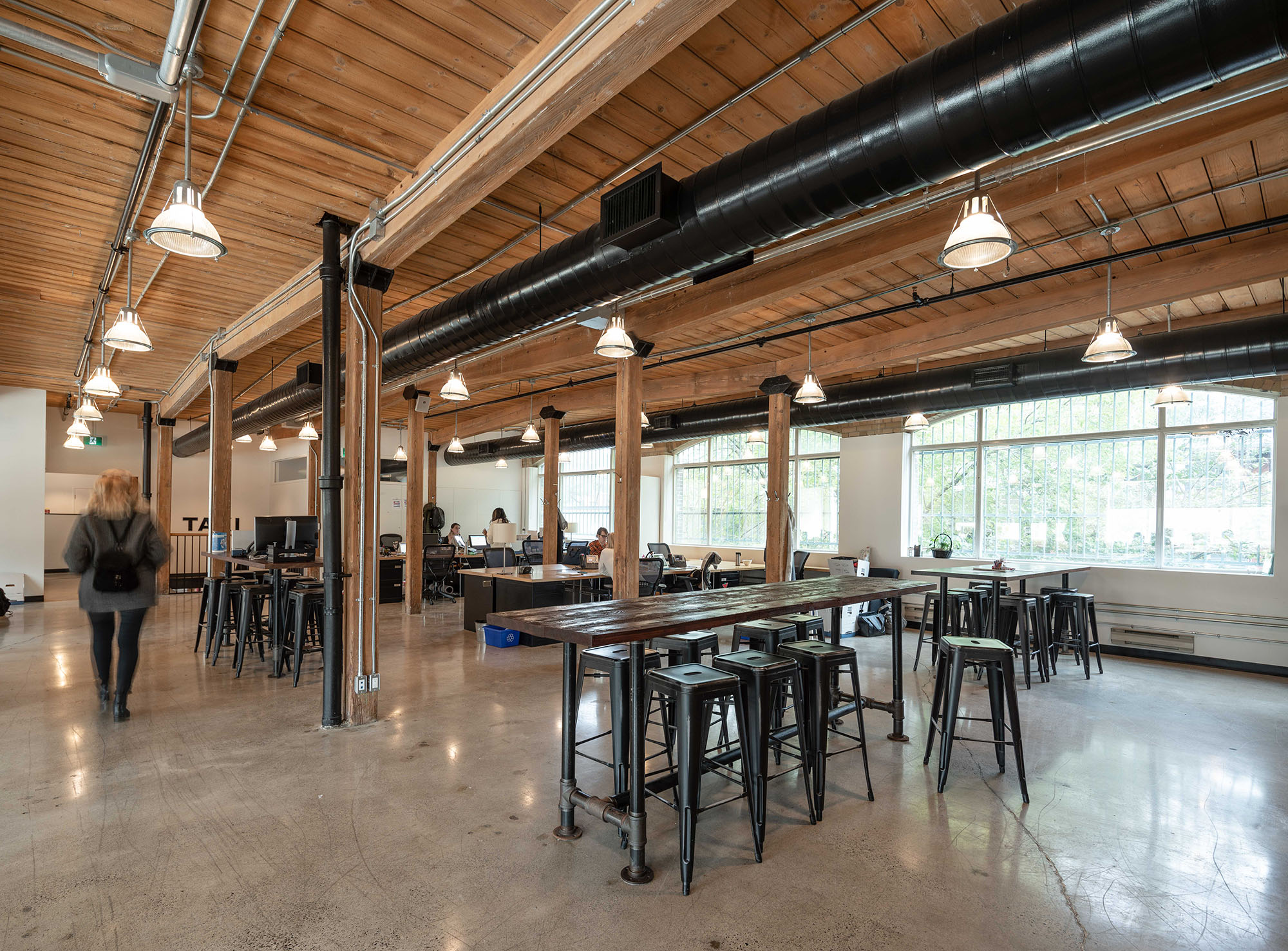 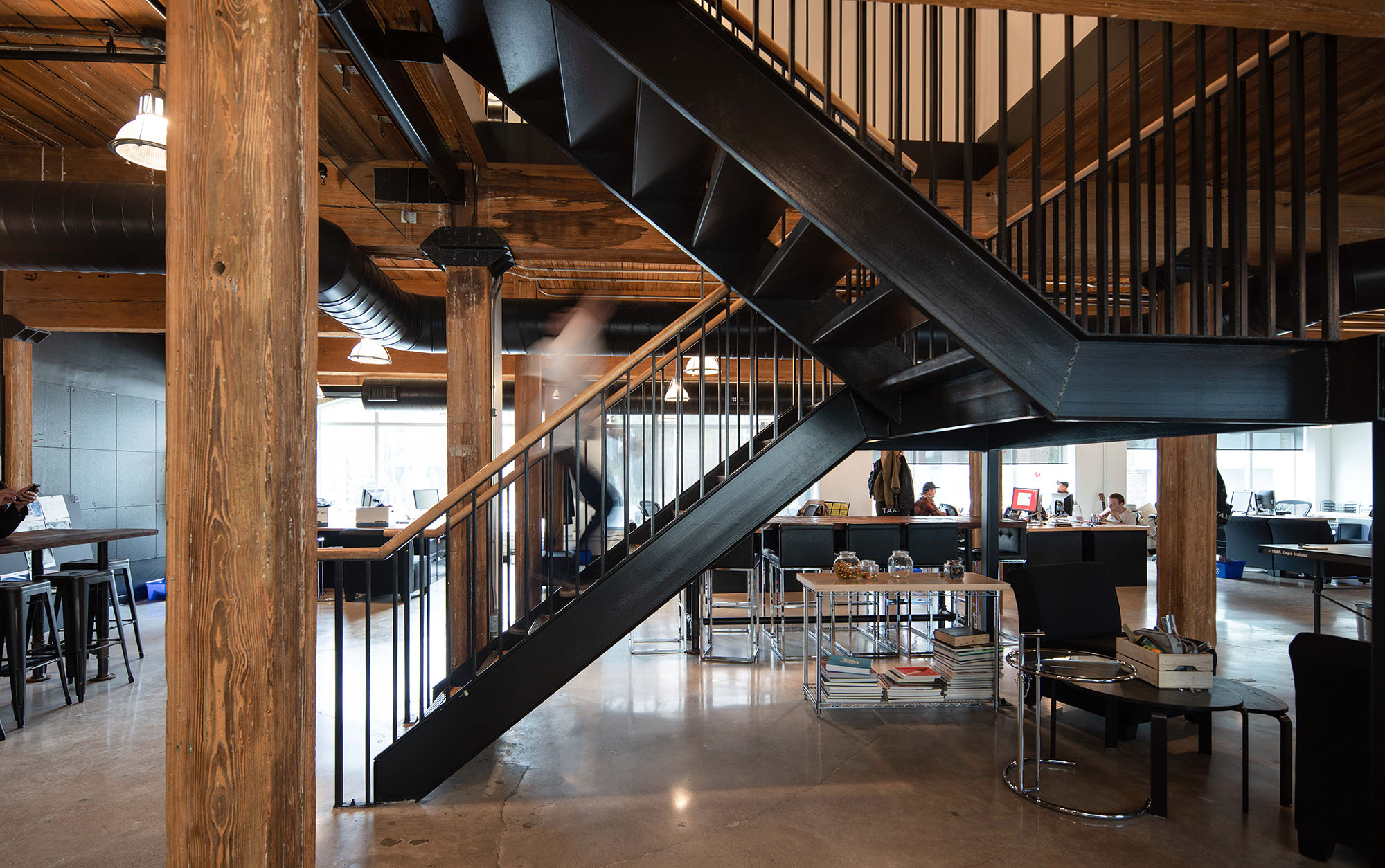 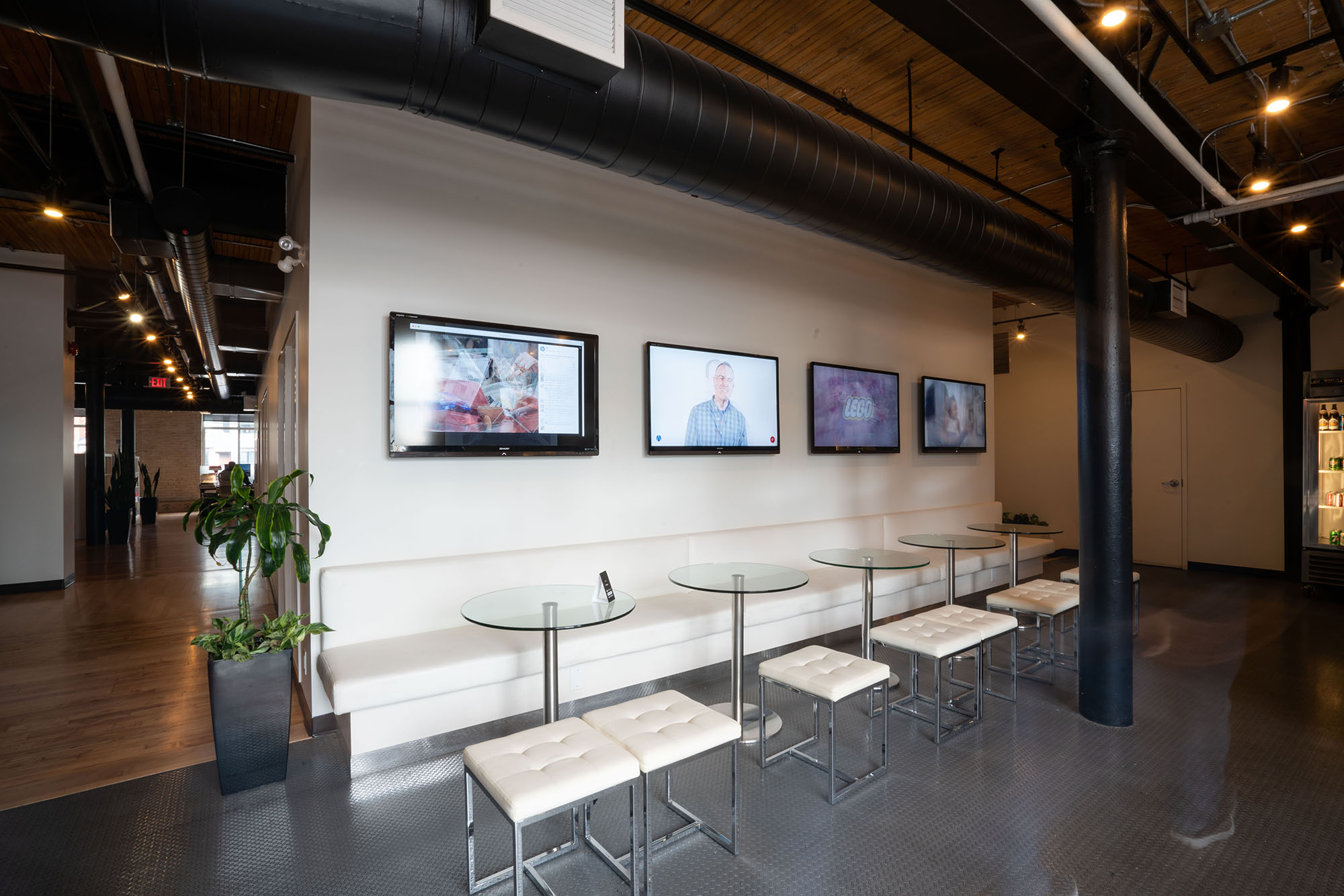 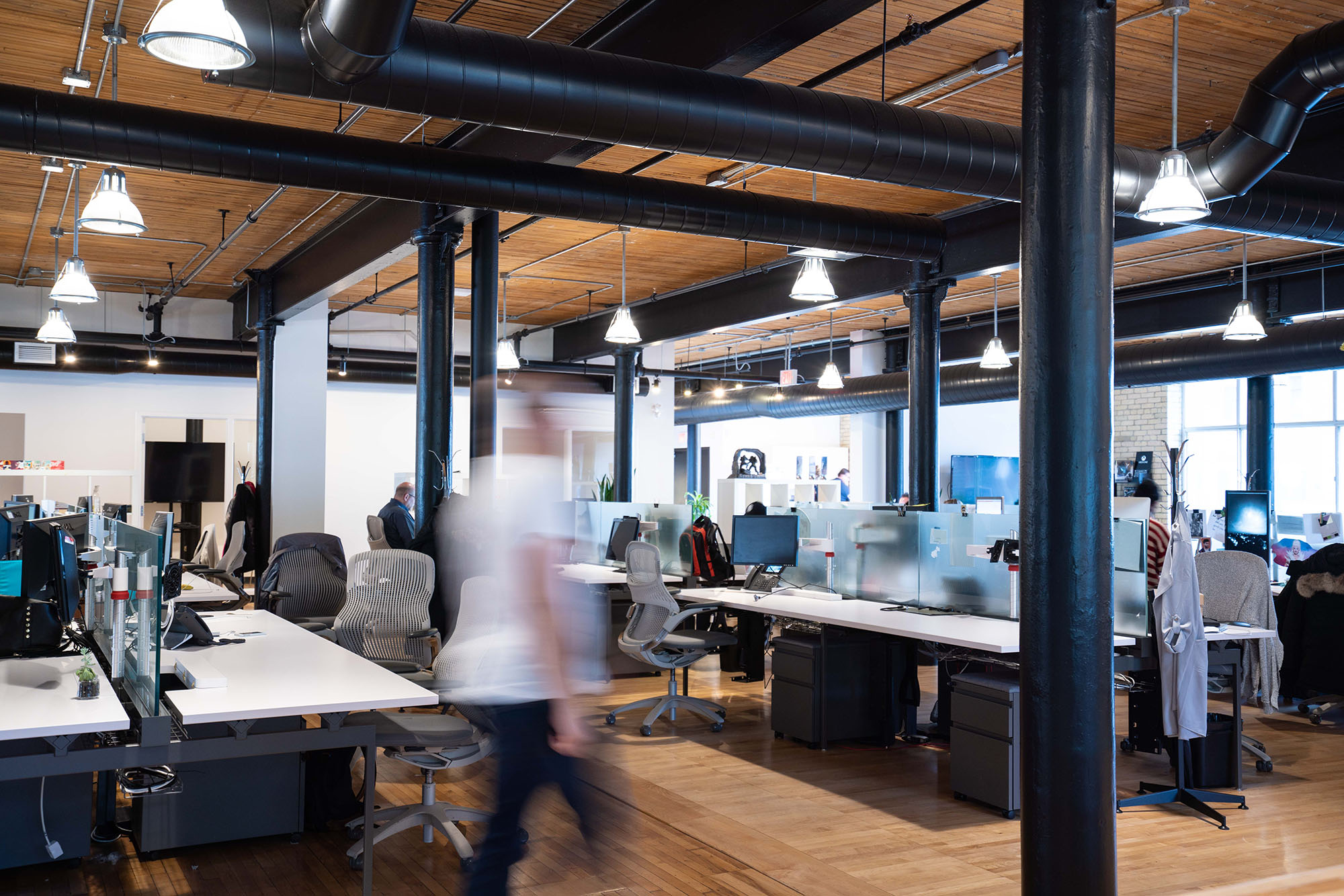 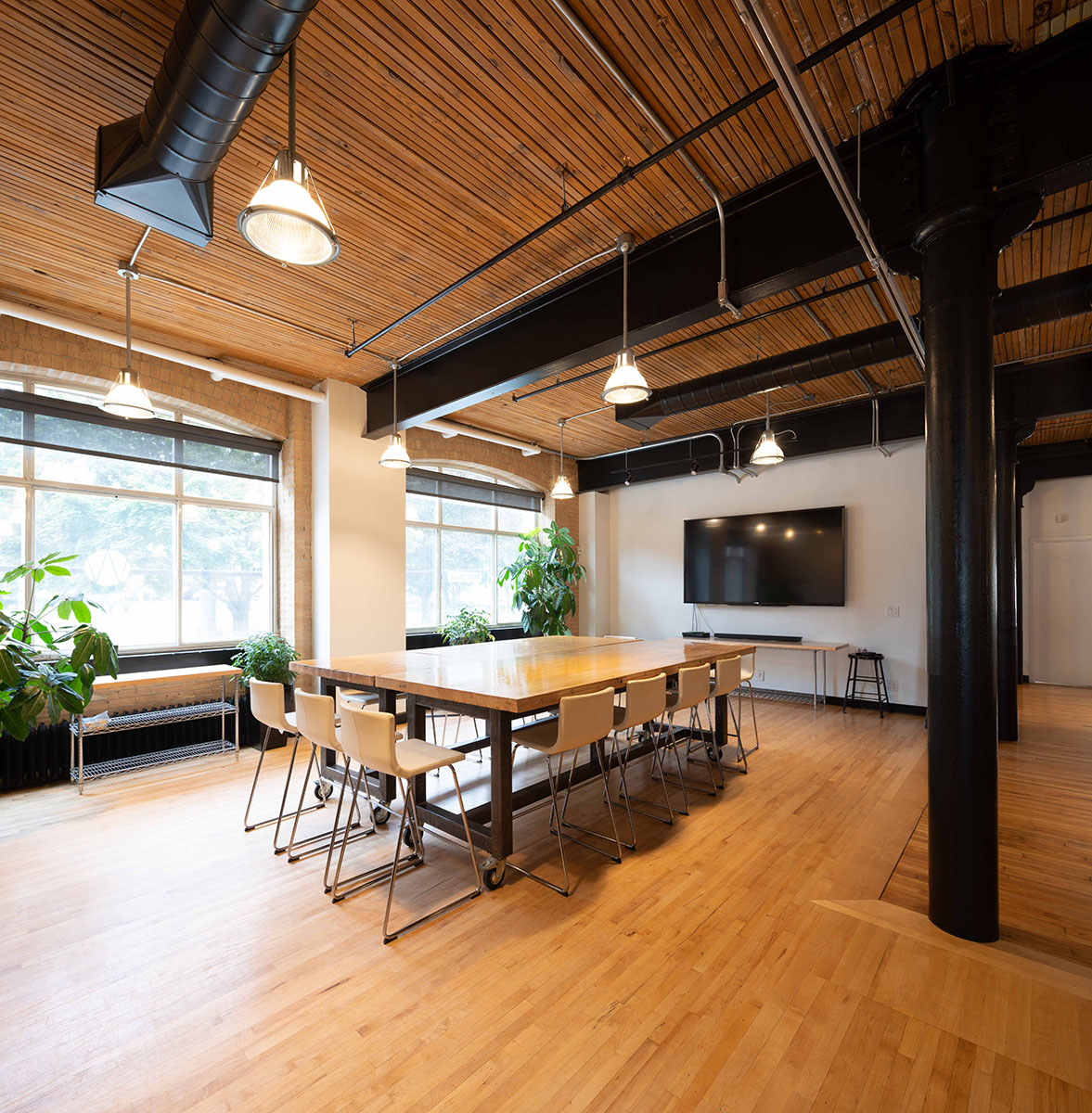 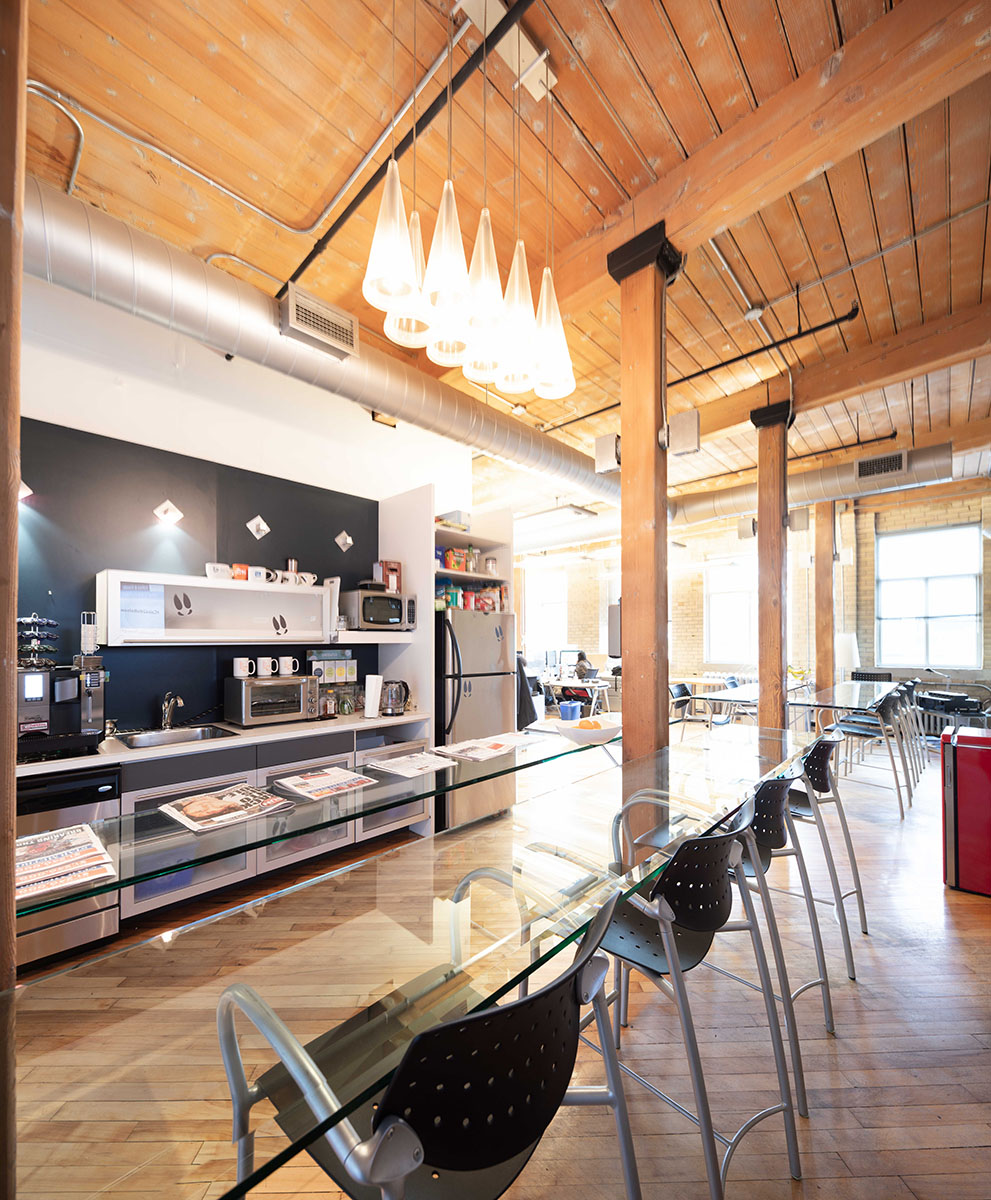 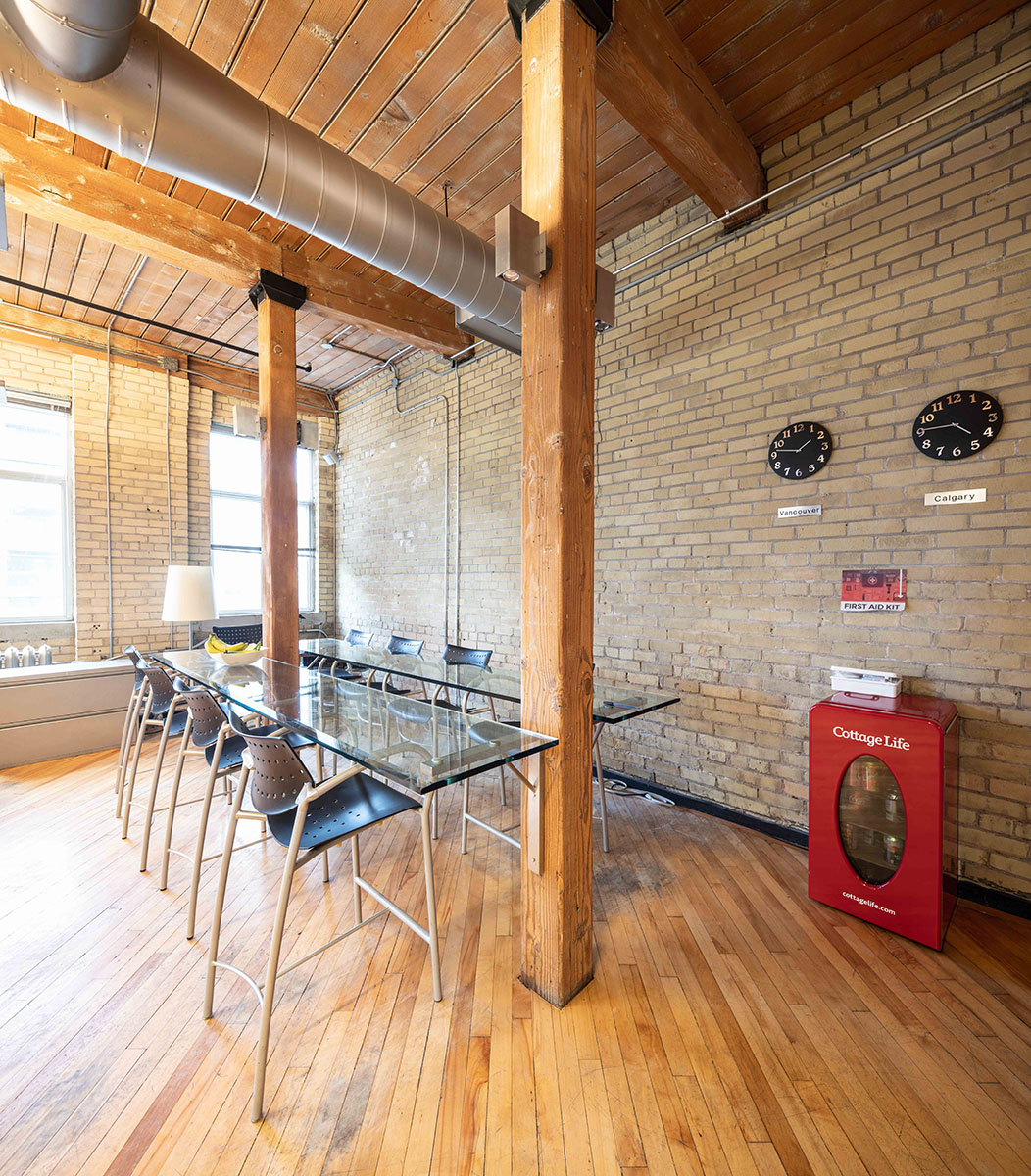 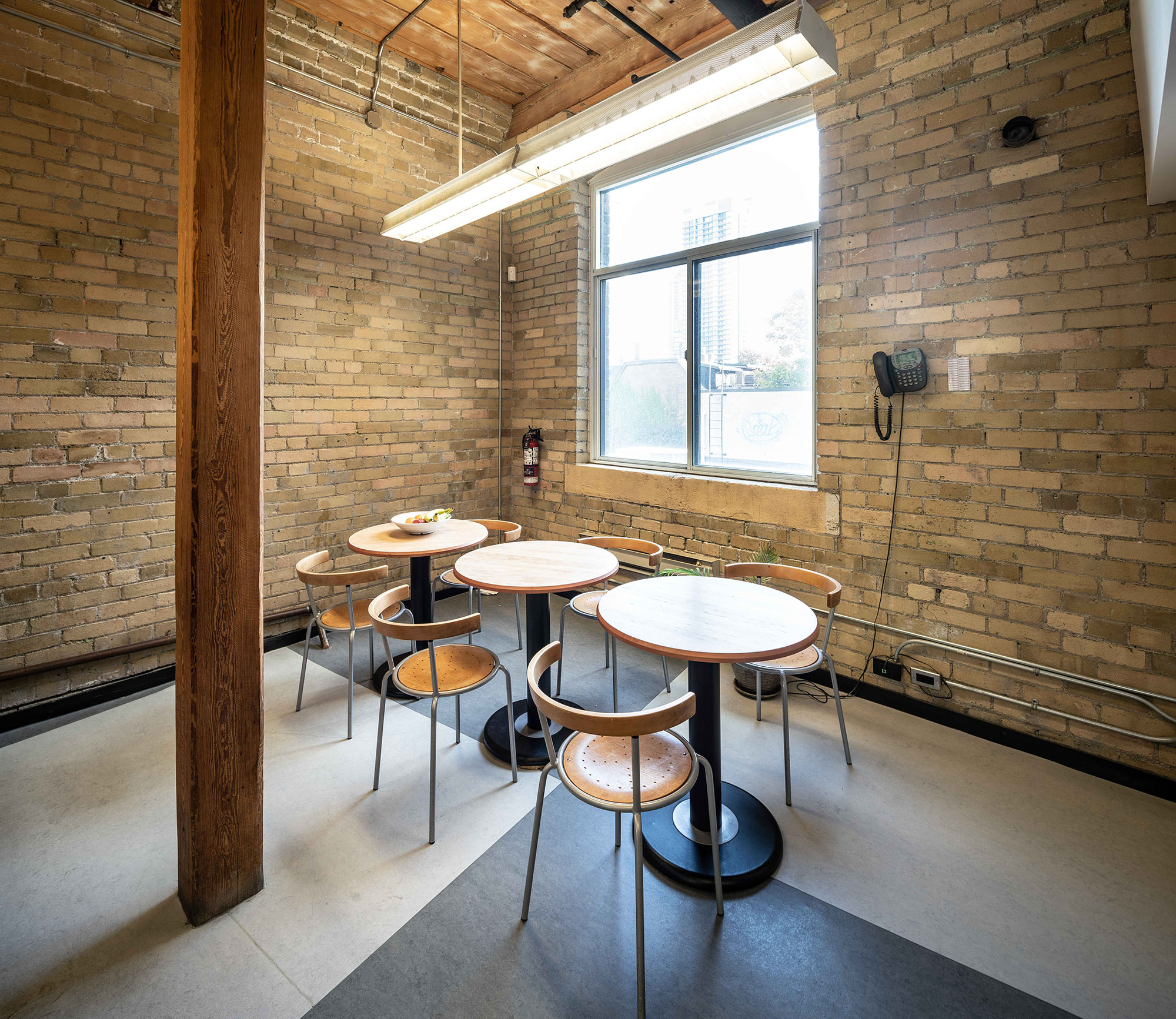 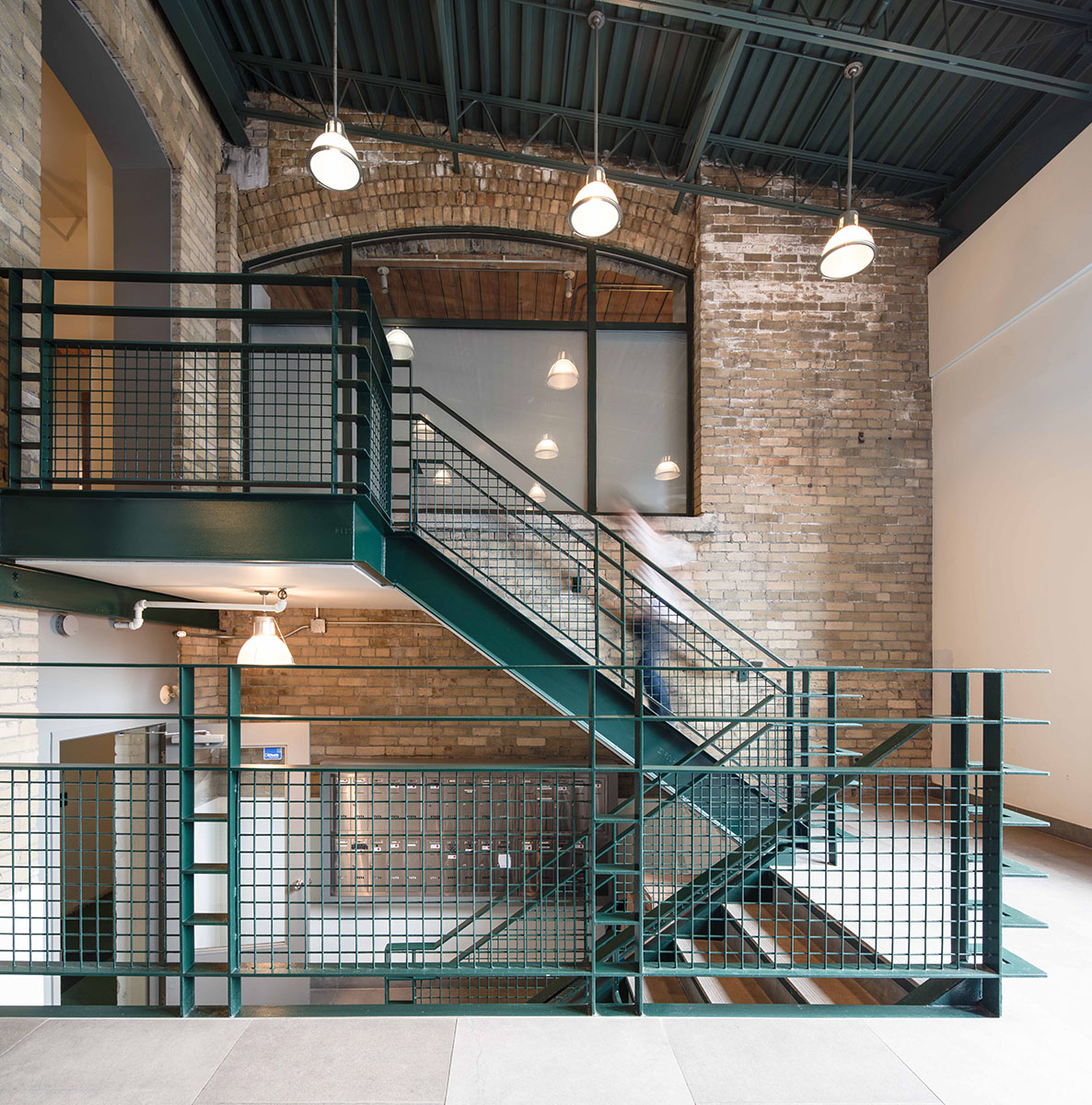 Located in one of the city’s most walkable and bike-friendly neighbourhoods, The Publishing House is an authentic brick and beam heritage building surrounded by some of the best restaurants, entertainment and shopping in Toronto. Easily accessible by transit, but tucked away in the King West Village and overlooking Victoria Memorial Square Park, The Publishing House offers a unique urban workplace experience. 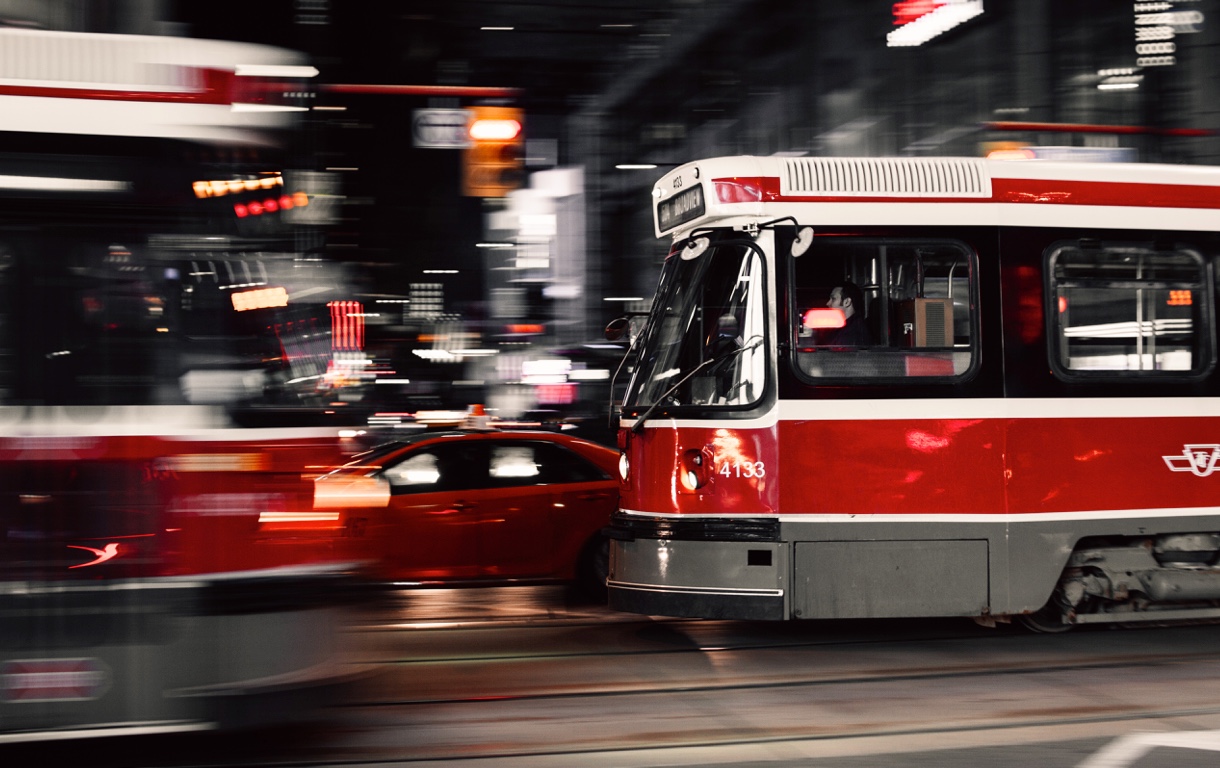 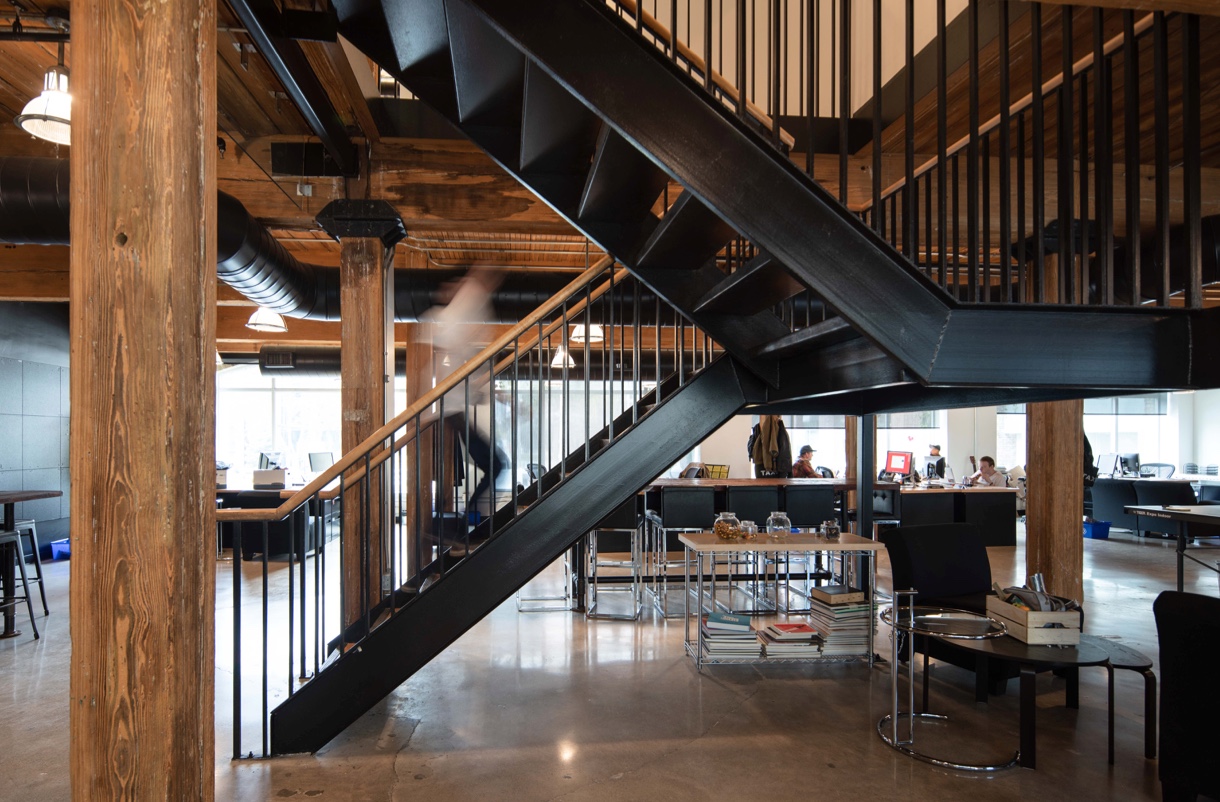 Built in 1909 by the architectural firm Wickson and Gregg (a firm comprised of prominent Toronto-born architects Alexander F. Wickson and Alfred H. Gregg), these buildings were originally home to the Copp Clark Publishing Company, until the 1990’s. Copp Clark published books, business stationery and board games throughout the late 19th and 20th centuries and continues to publish to this day.

These buildings reflect a functional commercial style typical in the early 20th century, featuring decorative brickwork and stylized cast stone features around doorways and at the parapet. The buildings are comprised of red brick, precast stone bands and sills, and a mixture of flat headed and segmented arched window openings and cast iron capitals.

The Wolfe family acquired the buildings in 1981 and have since adapted and repurposed the buildings to satisfy the needs and demands of today’s workforce. In 1989, an enclosed lobby was constructed between the two buildings to create a more seamless and efficient workspace environment. The original exterior brick can still be seen on the lobby interior.